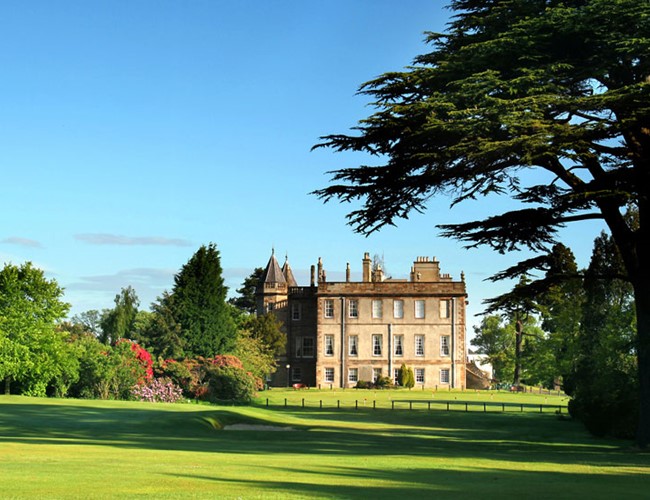 The East Course has been host to major events such as the Solheim Cup, the Scottish PGA Championship and the Scottish Seniors Open to name a few.

Nicknamed ‘The Beast’ this course is a true challenge for even the very best golfers demanding a combination of raw power and a precise short game to be able to score. The fairways are wide and mostly forgiving (save for a few cunningly placed bunkers by Mr Braid), so you’re able to open the shoulders and really go for it on most tees. The greens are large and receptive, meaning you should have a large target to aim at if you can keep the ball in play off the tee.

Following a renovation in 2005, we added two new holes in the trees (13th & 14th) which are now two of our signature holes alongside the impressive 18th. These two holes are much tighter with narrower fairways and plenty of hazards to avoid. This renovation resulted in a 7,400 yard course from the Championship tees, however for mere mortals, the course is usually set at a more manageable 6,684 yards.

Memberships are available for the East Course which also allows members access to play on the West Course too, as well as giving full access to the hotel leisure club. There are 9-Hole and 18-Hole competitions held throughout the season as well as a winter league, meaning you can play competitive golf all year round.

Golf Memberships From Just £56 Per Month