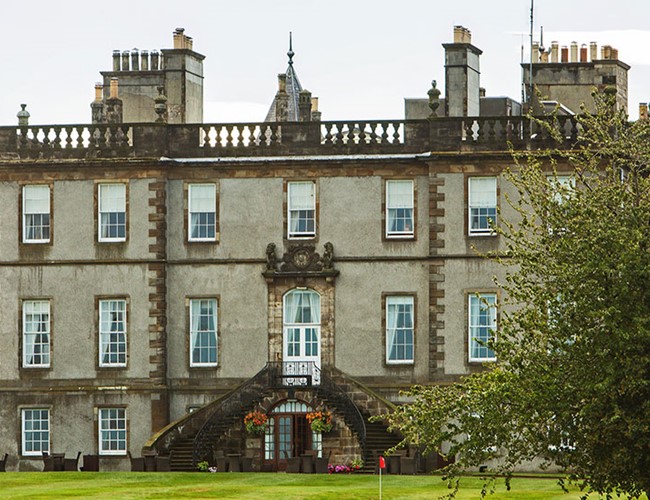 A country retreat and a city-break rolled into one

The present house was built in the 1720's, to the design of William Adam, for George Dalrymple, youngest son of the Earl of Stair. It was then acquired by the Douglas family in 1760 and the Estate on which the house stands is still owned today by a direct descendant of the family, the 22nd Earl of Morton.

Mary, Queen of Scots is said to have been a visitor to Dalmahoy and when she was later imprisoned in Loch Leven Castle, the Douglas family came to her aid. George Douglas, who was in love with her, was banished for concocting a plan to free her. His brother, William Douglas then helped her escape and threw the keys of the castle into the loch. In the 19th century, the loch was drained and the keys were found. These were presented to the Douglas family and are currently held in their home on the Dalmahoy Estate.

In more recent times, Dalmahoy first opened as a Country Club in 1976, with 10 bedrooms. It has since been developed extensively in close collaboration with historic building advisors and effortlessly blends the traditions of a baronial manor house with contemporary amenities. There are now 215 rooms & suites, state of the art meeting facilities, two restaurants & bars, a luxurious leisure club with indoor swimming pool, two 18 hole golf courses, refurbished driving range and much more - all set amidst 1,000 acres of beautiful parkland near Edinburgh.